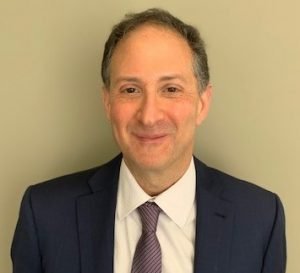 Craig S. Redler has held positions with Amicorp in its offices in Auckland New Zealand and Miami Florida, and Southpac Trust International, Inc. with offices in the Cook Islands and Tauranga New Zealand. Redler’s responsibilities included serving as Trustee for off-shore trusts settled by high net-worth clients along with structuring bank accounts throughout various countries in Europe and Asia.

Redler was an original shareholder of the Law Offices of Redler & Seigel, P.C., an estate planning, tax planning and trust administration law firm serving the St. Louis metropolitan area. Prior to forming this firm, he was a litigation associate with Goffstein, Raskas, Pomerantz, Kraus & Sherman, L.L.C. in St. Louis.

Redler has also served as a Legislative Assistant to the Honorable Richard A. Gephardt, Majority Leader, U.S. House of Representatives, and was Systems Engineer for EDS/GM in Detroit Michigan, in addition to being a talk-radio host.

He earned his B.S./B.A degree from the University of Missouri, Columbia and his J.D. degree from the Washington University School of Law. Redler is admitted to practice in Missouri and Illinois. He also is admitted to practice before the U.S. District Court, Eastern District of Missouri; U.S. District Court, Southern District of Illinois; and the U.S. Court of Appeals for the 8th Circuit.