Bob and Mary got married in 1993. Mary had one daughter, Jane, from a prior marriage. Even though Bob never officially adopted Jane, he treated Jane as if she were his daughter throughout the entire marriage. However, in Bob’s joint trust with Mary, she was referred to as “Bob’s wife.” Moreover, Bob’s Will referred to Jane as his “step-child”. The joint trust referred to Jane as “the only living child of the settlors” and named her as the residuary beneficiary.

Bob and Mary divorced in April of 2019, and Bob passed away a couple of months later. As is often the case, when a couple gets divorced, they did not update their estate planning documents to reflect changes in marital status.

Following Bob’s death, Mary acknowledged she was no longer a beneficiary of the joint trust under California law (see discussion below) as a result of the divorce. Nevertheless, Jane filed a lawsuit, arguing that the divorce did not revoke Bob’s bequest to her.

In California as with many states, once a divorce judgment is entered by the court, certain bequests and nominations relating to the surviving spouse are automatically revoked. For example, CA Probate Code §5040 provides that certain non-probate transfers (e.g. via revocable living trusts, individual retirement accounts (IRAs), other retirement vehicles such as pensions and 401(k) accounts, transfer on death and pay on death designations executed before or during the marriage) are automatically revoked upon the entry of a divorce judgment. Notably, life insurance policy and irrevocable trust beneficiary designations are not automatically revoked.

However, the CA Probate Code is silent about whether gifts to stepchildren are voided by a divorce when the document was executed prior to the divorce. California case law offers guidance regarding how gifts to former stepchildren are treated. In Estate of Hermon[1], the Court of Appeals stated that “when a testator provides for his spouse’s children, he normally intends to exclude children of an ex-spouse after dissolution, unless a contrary intention is indicated elsewhere in his will.” And in Estate of Jones[2], the Court of Appeals expanded the foregoing rule, stating that the Court could look beyond the instrument for evidence of the deceased former stepparent’s ongoing relationship with the child following the divorce to determine if the deceased former stepparent would likely have wanted the gift to go to the child.

If you are going through a divorce, updating your estate plan is probably the last thing you want to focus on – but it is crucial that you do so. While non-probate transfers to former spouses may be automatically terminated by statute in certain circumstances, keep in mind that these may still be legally challenged by the ex-spouse. Additionally, non-probate transfers to former spouses via an irrevocable trust such as the typical dynasty trust and such as the irrevocable life insurance trust (ILIT) are not automatically revoked in the event of divorce, unless the trust document explicitly states so. And if your current estate plan makes bequests to relatives of your ex-spouse, you should revisit these documents and amend them either to revoke the gift, or to specifically state your intention to provide for them after divorce. Otherwise, at death your assets may be distributed in ways that you did not intend.

Note that every state has laws like California’s, and laws are constantly changing. Thus, no matter where you reside, we recommend that you consult with your estate planning attorney to effectively protect yourself and the disposition of your property in the event of divorce. 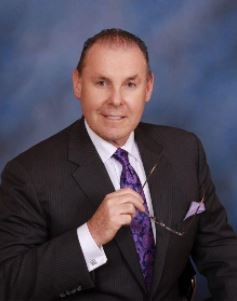 NOTE: This newsletter is a publication of Jeffrey M. Verdon Law Group, LLP and is intended to provide information on recent legal developments. This report does not create an attorney-client relationship nor should it be construed as legal advice or an opinion on specific situations.